The Public Choice Society is affiliated with several academic journals and publishers. Editors of these journals are either long-standing members or current officers and directors of the Society. 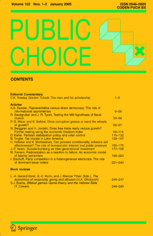 This journal's roots are in the application of economic methods to problems normally dealt with by political scientists. While it retains strong traces of economic methodology, currently it also addresses newly developed, effective techniques that are not within the domain of economists. 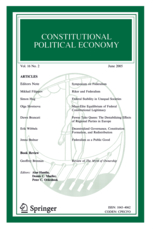 
Constitutional Political Economy offers a forum for research in the broad area of constitutional analysis, which lies at the intersection of several approaches in modern economics, sharing a common interest in the systematic integration of the institutional dimension-the study of political, legal, and moral institutions-into economic analysis.

Grounded in economics, Constitutional Political Economy is explicitly interdisciplinary. It encourages exchange and dialogue extending across a range of social sciences, including law, philosophy, political science, and sociology. The journal publishes theoretical and empirical research, as well as contributions to constitutional policy issues. 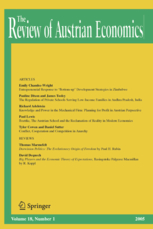 
Institutions - especially public policies - are a significant determinant of economic outcomes; entrepreneurship and enterprise development are often the channel by which public policies affect economic outcomes, and by which outcomes feed back to the policy process. TheJournal of Entrepreneurship & Public Policy(JEPP) was created to encourage and disseminate quality research about these vital relationships. The ultimate aim is to improve the quality of the political discourse about entrepreneurship and development policies. 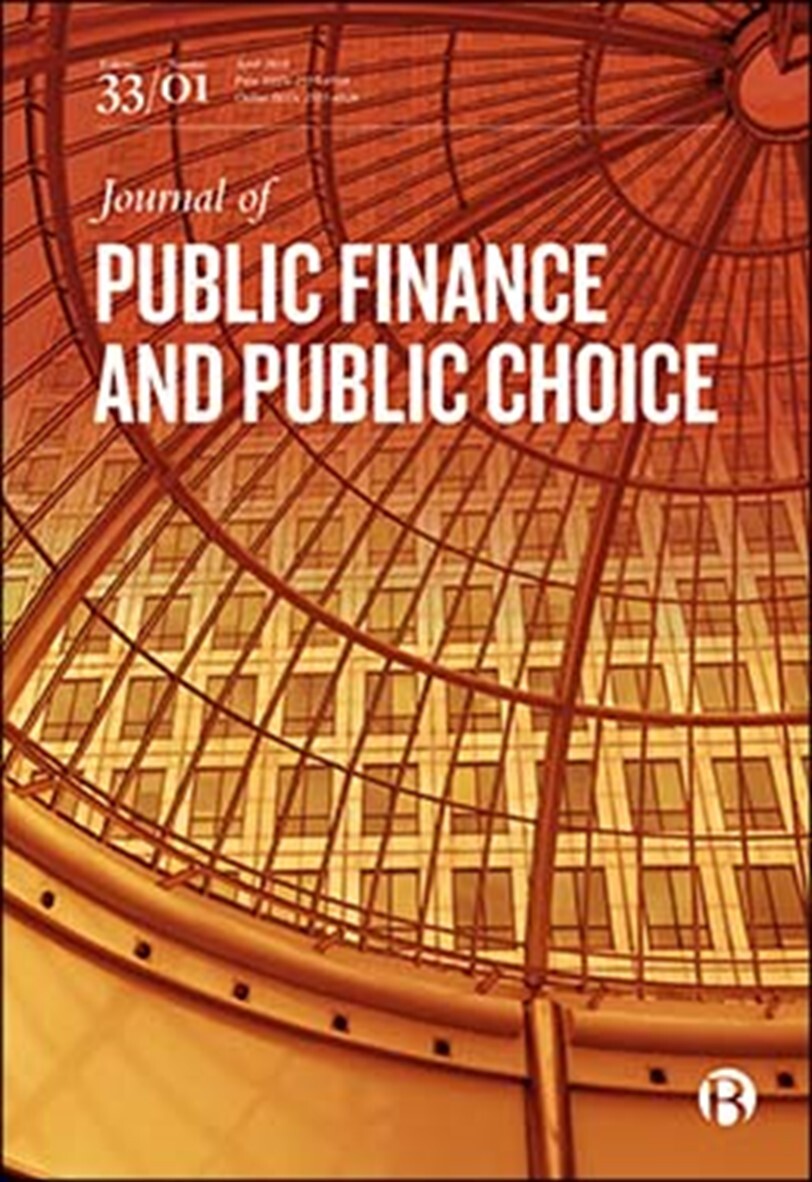 
The Journal of Public Finance and Public Choice (JPFPC) was founded in 1983 by Professor Domenico da Empoli in the spirit of the Italian discipline of Scienza delle finanze, where political institutions and organizations, collective decision domains and processes, and individual motivations and flaws are never left out of economic analysis.

Relaunched in 2018 in partnership with Bristol University Press and an outstanding, international editorial board, JPFPC will be revitalized in print and online while maintaining its commitment to publishing high quality, peer-reviewed research.